Psalm 37:23 “The LORD makes firm the steps of the one who delights in him;”

Psalm 16:9 “The mind of man plans his way, But the LORD directs his steps.”

Psalm 84:11 “For the Lord God is a sun and shield; the Lord bestows favor and honor. No good thing does he withhold from those who walk uprightly.”

Sometimes He gives us extra-awareness of this truth which ends up fueling our trust and faith all the more. I had one of those times this past weekend.  We had traveled down to South Georgia for Charlene/Grandmaw/GG’s funeral. She passed away last Thursday, July 26th. We are thankful we were able to be there with family; I learned some things about her that I didn’t know, and I was reminded of what a hard-working woman she was. Thankful she is in heaven with Jesus!

Josh found some VHS tapes of him playing football in elementary school and in high school while we were there. We played them, and I videoed them on my phone. Mack has begged me for years to figure out how to let him see Josh play football. I told him even I have never seen Josh playing football! Josh loved football the most of all sports when he was growing up.  He is a natural leader, and he is athletic and a hard-worker….all things that make for a good team player. He played quarter back most often growing up, and he was starting quarter back his freshman through senior year at Lee County High School on the varsity team. It was just expected that he would go to college and play football. Josh expected it, for sure. He was even scouted by University of Georgia and verbally given their word that he had a place on the team. Then, one terrible day, the Goff coaching team got fired from UGA. One of the coaches came to Lee County High school to tell Josh he had been fired, but that most likely Josh would be fine and still be able to attend UGA and play football.  That didn’t happen.

Let me just say that Mack is sick about this story. It doesn’t matter that I tell him that if Josh had been signed to UGA and played football that Josh and I would have never met…most likely. Which also means, Mack wouldn’t have been born to even know that his dad didn’t get to play football at UGA. None of this matters to him. He would rather us not have met and him not be born than to have to realize that Josh was fairly close to playing football at UGA. The conversation we have about this leaves me flustered every time. But anyway….

We watched one video that highlighted Josh and the coach was interviewed and said, basically, “Josh can go to any school and play right away.”

Yet, God didn’t have that in the plans for Josh. Part of me wishes he had been able to see that dream come true, but knowing God’s plans are best and that God is good, I trust that it wouldn’t have been good for Josh. I trust that God wanted us to meet at Middle Georgia College in Cochran, GA in 1996. WHERE is Cochran??? Exactly. No one knows much about that school at all. Josh went there to play baseball, which he didn’t even love, but thought he would sign and go play in the pros. When the St. Louis Cardinals drafted him in the 42nd round and took him to lunch at Hardees, Josh turned down the opportunity–fully aware that he didn’t love baseball and wasn’t pro material anyway. He decided to keep going to school and ended up transferring to University of Georgia to play baseball. But not before he and I began dating. Crazy how God works. 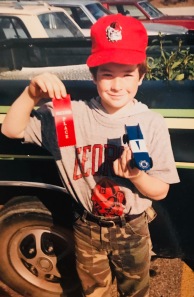 Yes, it was super fun to watch Josh play football on those old VHS tapes. And yes, it was amazing to see him in an interview that I would love to post here, but won’t because he would likely strangle me. But more than anything, I was just thankful that my God has ordered my steps, redeems missteps and works out His will in my life for my good. Such an amazing truth!

As the sun rose the morning that we left the southern part of Georgia, I was overwhelmed with thankfulness to God for His kindness toward me and towards Josh. 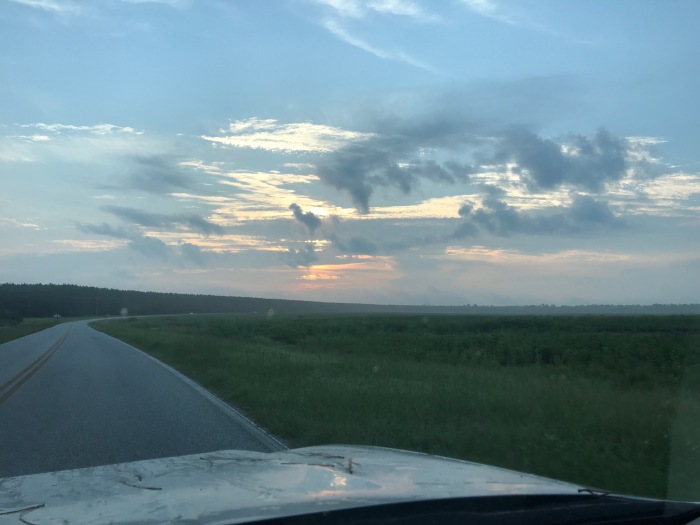