Father’s Day was so great around here.  It’s easy to celebrate Josh— especially when it comes to his fatherhood.  What a great daddy he is! We celebrated with gifts and uninterrupted nap time, along with a delicious steak for lunch after church. 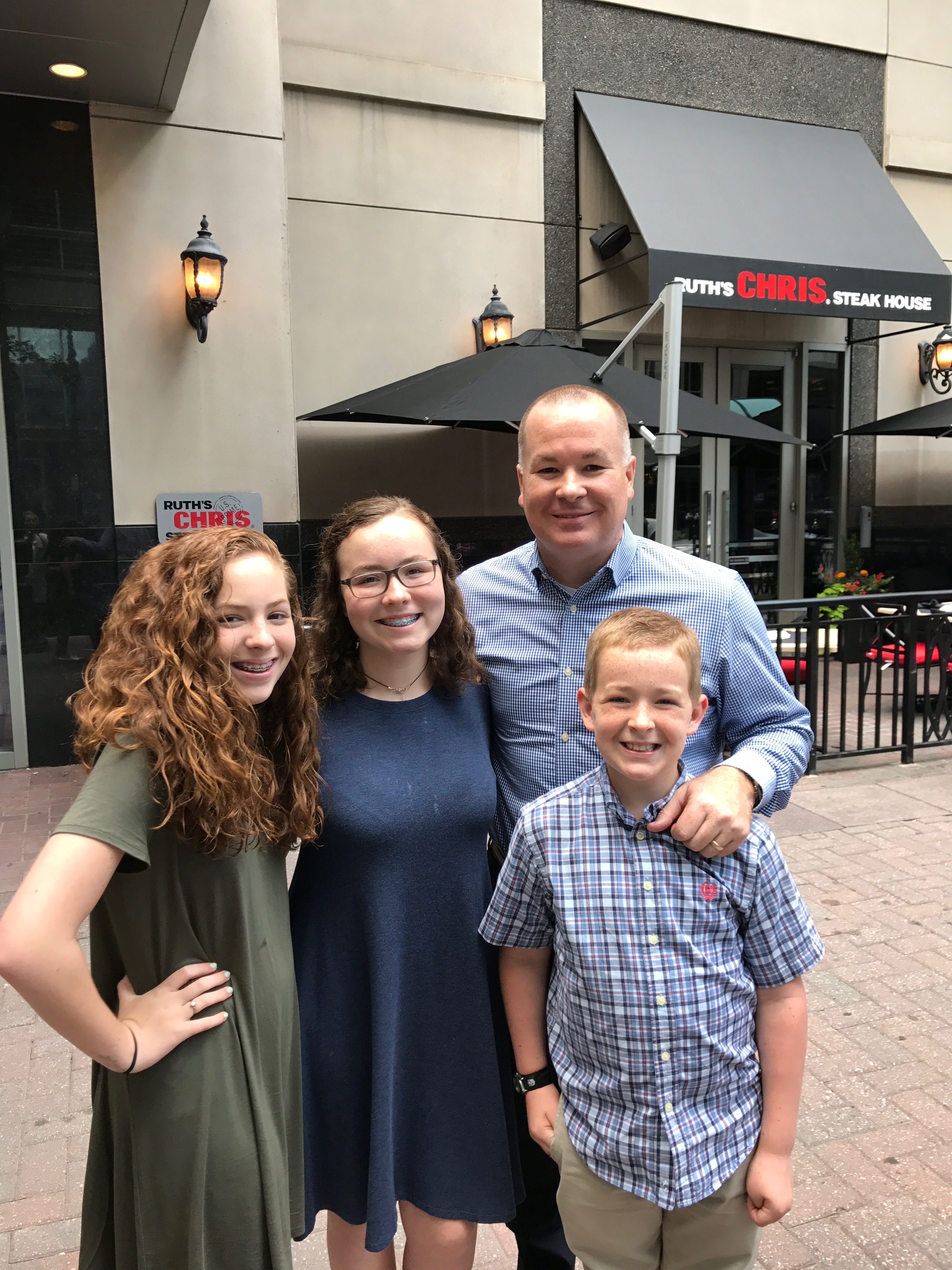 On the way home, I was trying to find a song from my iTunes library and came across a country song about a guy going to ask the dad of the girl he wants to marry if he can indeed marry her.  I played it and told Josh he should cry at least once on Father’s Day about how quickly the kids are growing up.  He laughed and didn’t shed a tear during the song. HOWEVER, Mack piped up at the end of the song to let us know he did not appreciate that song at all.  “What about the brother??” he asked.  “I’m gonna have some things to say to him, but this song didn’t even mention the brother!” He looked at the girls very seriously and said, “I don’t have to be nice to him, ya’ know.”

Oh how we love Mack.  He absolutely cracks me up with much of what comes out of his mouth.

And a lot of words come out of his mouth.  He is an only child this week; the girls are on a week long mission trip in the city of Charlotte.  They are sleeping at the church and doing service projects during the day. We spent some time with them last night talking about the trip and what they might expect and what to not say or do and what not to forget to do…you know, all the mom things we want them to know when they aren’t with us.  Josh prayed for them and then we were all going to bed, but not before Ruby let us know that she was pretty sure this was going to be a great trip because she really needs some time away from us.  She went on to tell us that Mack has been annoying her every day and that Josh and I were not exactly on her good list.  I am not sure where all of that came from, but I am choosing to view it as her way of mentally preparing to be away from her family she loves so dearly.  Or something like that.

In the meantime, I am only one set of ears for a cute little boy who has lots to communicate.  So while you say a prayer for Ruby and Molly on their mission trip, could you maybe say a prayer for me as well? 🙂